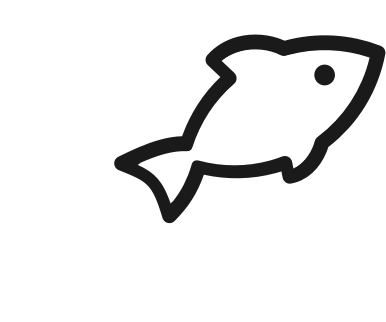 Leapers, a community group supporting the mental health of the self-employed, asked over 500 UK freelancers about the relationship between their work and their mental health, and discovered some of the biggest stressors are not about working on your own, but rather issues such as not feeling talented enough (74%), lack of control over their working schedule (47%) and 71% are stressed by their clients ghosting them.

Despite large positive steps towards supporting the wellbeing of employees in recent years, the growing proportion of the UK workforce who are self-employed, over 5m the UK - means an increasing number of people are working without support for their wellbeing - a number which is set to rise again in 2020 - and a big concern for the Matthew Knight, founder of the Leapers community, is how few businesses are actively considering how to work well with freelancers - in order to get them on-boarded, support them whilst working together, provide feedback, and invest in the growing talent pool. Indeed, this concern is reflected in the research, with only 38% of the group feeling their clients have their mental wellbeing in mind.

“Freelancing is an attractive option for many people - control over how they work, when they work and work they do are the top motivations for becoming self-employed, but there is an inaccurate narrative presented about how freelancing means freedom - with many people not considering the impact it could have on their stress levels.” Knight, who ran the research this summer. The study also showed that 46% of the group felt that freelancing had an overall negative effect on their mental health.

“Everyone understands that there’s no regular income when you’re freelancing - but you’re also stepping away from having a team, people around support you, to bounce ideas off, or even just have a cup of tea with. This can lead to many freelancers feeling like they’re having to deal with the stresses of running a business, dealing with clients that go quiet, dealing with lack of direction or feedback. It’s a far cry from the image of working from the beach, taking off all the time you like, and being paid more than everyone else. That’s why we’ve created a community of support - we’re sort of the team for people without a team”.

The community has also produced free resources such as an ebook published earlier in the year: “How you doing?" with practical tips on looking after yourself when working for yourself which is featured on the Mind UK’s “Wellbeing at Work” portal; hosted a global “Work Together” for Mental Health awareness day in October where people all over the globe met and worked together for the morning; are launching a podcast in December, and are increasingly turning their attention to working with the employers to help develop ways organisations can support their external talent - with guides, tools and support for businesses who recognise the future of work needs to include a better way of working with those who aren’t employed, but are still critical to a organisation’s success, 40% of the UK’s businesses work with freelancers in some capacity - a number which is only set to increase in 2020.

What can businesses do to better support freelancers? Knight explains there are three simple things: “First, ask your freelancers what they need from you - at the very least, they’ll know you want to help. Secondly, point them in the direction of support communities like Leapers, so they know they can access resources and support. Thirdly, review your processes for on-boarding, communicating with and paying freelancers on time, the really basic stuff goes a long way”.

“We can can’t fix everything” Knight concludes, “but if we can support those who join our community within Leapers, if we can raise awareness that mental health at work within the self-employed community is a shared responsibility of the individual and the client, and we can encourage organisations to consider everyone they work with - regardless of employment contract, we’ll be able to make some difference.”

Leapers is a community project available at https://leapers.co
Founded in 2018 by Matthew Knight, it has over 1200 members and provides a community of support, and tangible resources which promote mental health wellbeing.

The research study was conducted during Summer 2019, and interviewed 553 freelancers. The full research report can be discovered at https://leapers.co/huru and can be republished attributing the source as “Leapers Freelancing and Mental Health Study 2019”. Matthew Knight is available for further comment. [email protected]
Leapers is a project from thinkplaymake.
We use and love